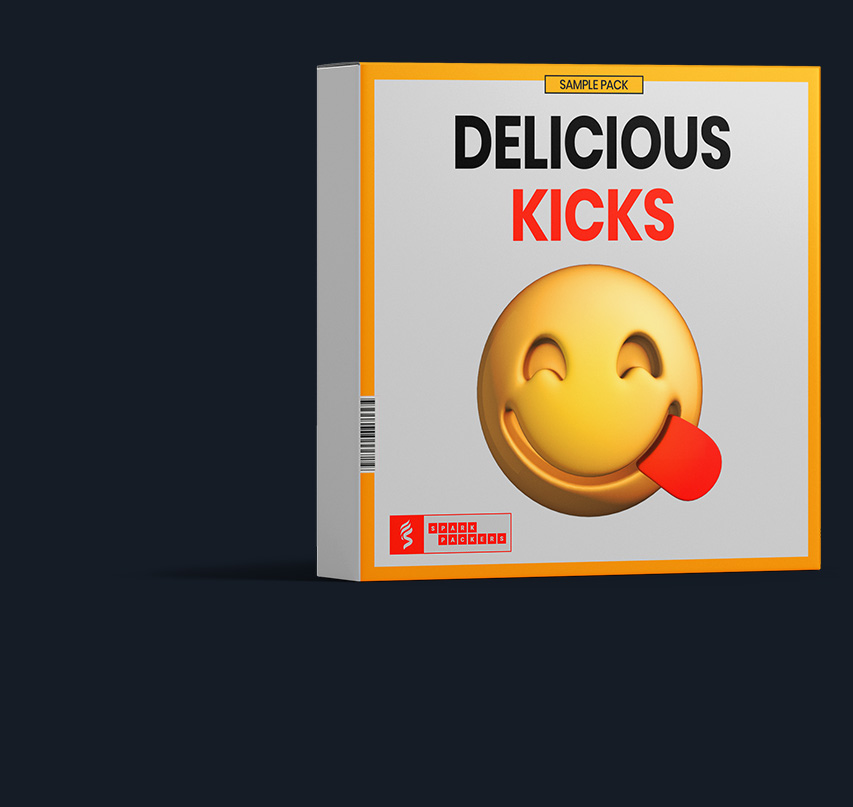 Looking for memorable Bass Drum samples you actually want to use? Let me give you catchy Kicks that stick out, stay in your listener’s ear and make your entire production highly recognizable!

My goal was to close the gap between the well-known and average digital-sub-with-click-on-top Kicks and those perfect Bass Drums you find in songs on your favorite Spotify playlist.

I went on this quest to create original, 3-dimensional Kicks from scratch by combining electronic drum sounds with flavorful natural colors and outstanding elements extracted from live-recordings.

As a result you get 140 distinctive Hybrid Kicks full of character and personality. Ready to cut through the noise! 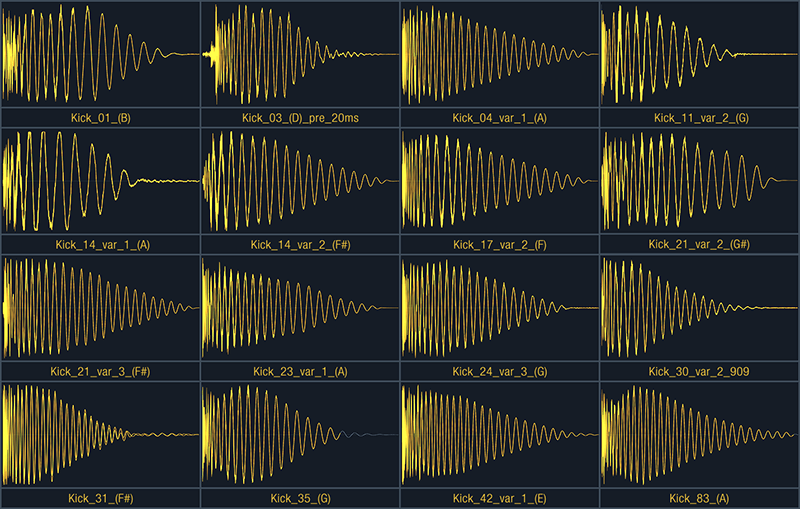 The demo tracks are bounced without any masterbus processing (no EQ, compressor or limiter).
All the synth loops and instrument backing you hear are taken from different loop, midi and sound packs and are available here at Sparkpackers.

I recorded quite a few drum sets and percussive instruments over the years and had GB’s of authentic and organic flavors at my disposal. I started with extracting original sounding transients, tasty overheads and stomps, rich drum-room ambiences and spills, and spicy thuds, smacks and slams.

Those exciting natural colors of real live elements screamed ‘Combine me with electronic samples!’
A borrowed 808, a recently snatched 909 from ebay and digitally generated sub waveforms provided a solid fundament for those bass drums.

I wanted to make sure you’ll find charismatic Kicks that are full of destinctive – sometimes weird and uncommon – elements. Kicks that reliably transport energy and punch, whether it be in clubs, your car, on headphones or on mobile devices.

A perfectly shaped low end combined with extraordinary ingredients that make every singular Kick highly recognizable. That’s what I call a Delicious Kick! 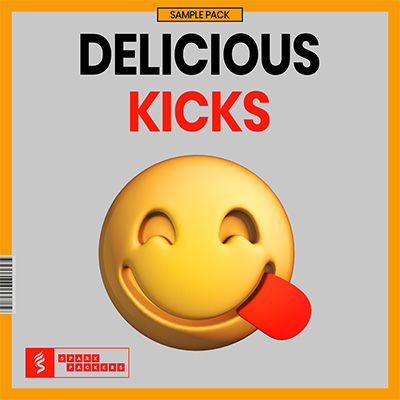 The Samples Work With Your favorite DAW & Sampler

The samples in this pack come as .WAV files (24bit / 44.1 kHz) and work perfectly with any kind of audio software and hardware sampler that handle this file type.

What Our Customers Think

Thanks again for the help and quick replies. Have a wonderful day and yea these sounds are high quality and bringing ideas to my brain. Thoroughly happy with my purchase.
Many Thanks!

Awesome wavetable bundle. I never click on Instagram ads but the audio clip pulled me in. Purchased all the Serum wavetables. Super professional! High quality sound design! Great bundle deal.
Thanks for the great stuff! Bye

Hey man! Love your wavetables and make use of a pack I bought a little while ago quite a bit.

Respect! Didn't see this coming. I won't tell anyone about the sounds, so I can keep them for myself 😀
Love using your sounds on my pop and EDM productions.

You're a genius. Thanks for the sounds!

Very impressive!
Came back from vacation and downloaded the free pack. I was hooked and bought both Serum packs. Re-doing all my current tracks with the Future Tech Pop and Modern Secrets presets. Tweaking every preset with the macros is a blast. Well done! I let you know when I have new tracks out. I release on monstercat.

Hey! Writing this email because I wanted to leave a 5 star rating for the Serum sound sets. Dig the presets. And the wavetables?!! They are awesome! Can't believe you are giving these sounds away 😉
Incredible stuff!

10/10! Super useful. These sounds give me new ideas. Respect. Putting them on my new House, Techno, Trap and Future Bass tracks right now.

I definitely recommend the two serum packs! MODERN SECRETS is more progressive and I use it all over the place. FUTURE TECH POP is awesome for EDM. Worth the price. Feels like my new secret weapon!

Hi Michael,
I just moved to LA, working on soundtracks. Found you on Instagram. The sounds are super helpful for the score I'm writing. 5 stars for both of the packs. The Freaks bank quickly became my favorite.

Just got into it today and really high quality presets. Really enjoy it!
Thanks 🤩

Hey, I just want to say that your wavetables are so dope! Keep the good work! 😉

Honestly, your page is too underrated. I found it through your insta ad of your sample pack.
Your sound designs are awesome! ❤️🙏

The sounds of your wavetable bundle are great. They did indeed inspire me INSTANTLY. Never thought it would make such an impact. But here comes the thing: because the sounds are so variated they always sound different as a whole when combined with each other. The automation in the presets are magnicifent! Works efficiently needs only a tiny tweak and it's perfect! 😍

Yup, Let’s listen to some more

Those Kicks really deliver over a wide range of genres…

In cases the sub bass element got generated digitally, quoting the tune of the Kick was easy and accurate, of course.

In other cases, I used my ears (and a frequency analyzer) to determine the sub frequency and key of the sub.

There might be cases where the sub-tail shifted and moved so fast through adjacent frequencies that it might not be technically correct to even state a key but I did it anyway because I wanted to provide you at least a ballpark estimate.

Maybe it's just me but in 8 out of 10 cases I don't even look at existing key tags. This might be a genre thing.
But in general, if a Kick fits the style of the song and it sounds good, I try to not get sidetracked by paying too much attention to any key labeling at all. I won't remove a subjectively perceived great matching Kick just because the key label someone put on a Kick doesn't correspond to the tune of the track.
Listen to your gut. Trust your ears!

In this sample library you'll find Kicks that are grouped together.
Kick_22_var_1_(F#) and Kick_22_var_2_(G), for example.
Although those Kicks might sound quite different, they share one or multiple elements.
Or they might have built upon each other.
_var_1 might be a more subtle version of _var_2.
Or _var_3 might have an additional element and another minor piece might have been taken away.
I wanted to make sure you can easily find Kicks that are in the same ballpark.

If you cut bass drums by eye too close to where the supposedly 'initial main action' is, you might cut away an important ('clicky') presence-part of the entire sound.
You want to leave the
‘main bass drum action’ at the bar’s starting point. The pre-presence-click-sound happens slightly before the main event. Just bring the whole sample forward.

Another reason why I pre-shifted some Kicks is that a few were layered with live-recording elements that had some kind of an interesting 'swoosh-in' effect.

In both cases just drag the Kick track the 'ms-amount' to the left or tell your DAW or (Software) Sampler to pre-shift/ bring the sample or audio/midi track forward.